The Transition From Sport Psychology to Psychotherapy: The Journey of a Young Athlete Fighting Cancer

The current case study reports an intervention with a young volleyball athlete who was diagnosed with cancer during his early sporting career. The athlete requested both performance-enhancement support and psychotherapeutic intervention (the latter during his illness) from his sport psychologist. The article explores the transition from sport psychology intervention, which started before the appearance of the disease, to psychotherapy and the reflections concerning this unique situation. The fluctuation of the athlete alongside the mental health continuum ranging from a normal (illness-free) state to a mental-illness state was taken into consideration. The theoretical framework adopted by the sport psychologist/psychotherapist consisted of the integration of different approaches: the psychobiosocial model of Individual Zone for Optimal Functioning and relational psychoanalysis, both oriented around the existentialism counseling approach. Reflections on the case include the changes of setting and the development of the relationship between the psychologist/psychotherapist and the athlete during the two intervention phases. 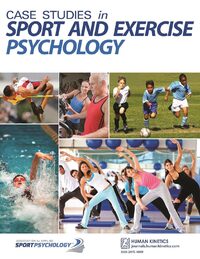