Managing Conflict and Resistance to Change in a Minor Hockey System

In March 2017, responding to a pressure to improve athlete development and enjoyment, Hockey Canada moved to change how youth are introduced to hockey by mandating the implementation of a cross-ice development program for its entry-level participants. The mandate of cross-ice programming was to ensure that all 75,000 entry-level participants received increased touches of the puck on an appropriately sized playing surface; thus, heightening their spatial awareness and foundational skills necessary to enjoyably move forward in hockey. As is common for many sport organizations, the proposed programming changes were met with resistance by some stakeholders. Surprisingly, the resistance to the programming changes evolved into a much-publicized intergroup conflict within Hockey Canada’s largest market. The dispute could not be resolved in time for the beginning of the 2017–2018 season. As a result, the defiant local leagues were granted a one-year reprieve from implementing cross-ice programming. With only a one-year reprieve granted, Hockey Canada must now determine the appropriate steps to fully implement their desired programming change and ensure that resistance-based conflicts are limited in the future. 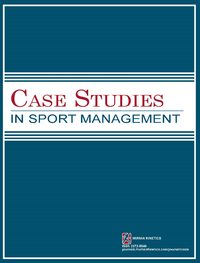