We studied two forms of dyad practice, compared to individual practice, to determine whether and how practice with a partner impacts performance and learning of a balance task, as well as learners’ subjective perceptions of the practice experience. Participants were assigned to practice alone or in pairs. Partners either alternated turns practicing and observing one another, or they practiced and observed one another concurrently. Concurrent action observation impacted online action execution such that partners tended to show coupled movements, and it was perceived as more interfering than practicing in alternation. These differences did not impact error during practice. While dyad practice was associated with higher ratings of effort than individual practice, all groups improved and showed similar immediate and delayed retention irrespective of whether practice was alone or in pairs. These data provide evidence that a partner’s concurrent practice influences one’s own performance, but not to the detriment (or benefit) of learning. Thus, both alternating and concurrent forms of dyad practice are viable means of enhancing the efficiency, albeit not necessarily the effectiveness, of motor learning. 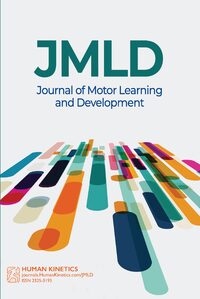