The Applicability of Thigh-Worn vs. Hip-Worn ActiGraph Accelerometers During Walking and Running

Accelerometers are widely used to measure physical activity, but limitations in the ability to differentiate between running intensities have been reported. This problem may relate to accelerometer placement. In this study, we compare the validity of accelerometers placed on the hip and the thigh for the measurement of walking and running speed under laboratory and field conditions. Young healthy men and women wore ActiGraph GT3X+ accelerometers on the hip and on the thigh while performing walking and running activities in laboratory (n = 31) and field conditions (n = 17). Vector magnitude counts per minute (VM cpm) were correlated with speed of locomotion and, during laboratory trials, with oxygen consumption (VO2, ml·min−1·kg−1). Both hip- and thigh-placed VM cpm showed strong correlations with walking speed ranging from 3 to 7 km·h−1 (r = 0.93 and r = 0.95, respectively) and VO2 (r = 0.85 and r = 0.91, respectively). Compared with the hip-placed VM cpm, thigh-placed VM cpm showed significantly stronger correlations with running speed ranging from 7 to 20 km·h−1 (r = 0.29 and r = 0.89, respectively) and the corresponding VO2 (r = 0.25 and r = 0.87, respectively). Regardless of accelerometer placement, VM cpm were similar between laboratory and field tests performed at comparable walking and running speeds. These results show that accelerometers placed on the thigh, but not on the hip, provide proportional output across a wide range of walking and running speeds. Thus, thigh-placed accelerometers are able to differentiate between running intensities in both laboratory and field conditions. 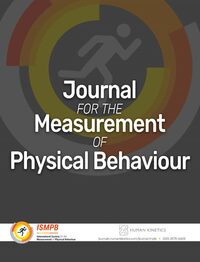