This study examined volleyball achievement and task-specific self-efficacy for 182 students in 6 beginning college volleyball classes taught using either the Mastery Learning or Skill Teaching models. Three instructors each taught one Mastery Learning and one Skill Teaching class. Assessments included the AAHPERD pass, set. and serve tests, the Stanley spike test, successful and unsuccessful game trials. Bandura-type self-efficacy scales, and a knowledge test. A random coefficients growth curve model analyzed the intercepts and slopes of the learning curves and revealed significant pre- to posttest improvement on skills tests, self-efficacy, and the percentage of correct passes and serves in game play for all students. No significant difference existed between the two models on average number of trials per day; rate of improvement for the pass, serve, or spike skills tests; self-efficacy; percentage of correct passes, sets, or serves in game play; contacts per serve in game play; or knowledge scores. The Mastery students’ rate of learning was significantly better on the set skills test (1.3 points higher) and the percentage of successful spikes in game play, in which they started significantly lower. The low-skilled students improved at a faster rate on the serve and on self-efficacy for the pass, set, and serve. Males had higher self-efficacy than females, while females increased more rapidly in self-efficacy for the pass, set, and serve. All results were analyzed at the .05 level of significance. Students learned to play volleyball and improved significantly in skill performances with either model. 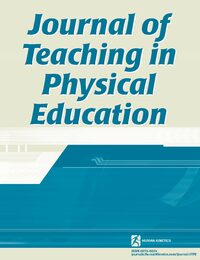