The aim of this study was twofold (1), to examine the prospective relationship of baseline TV viewing with BMI and CRF both at baseline and over a 2-year period, and (2) to examine the prospective relationship of baseline TV viewing and changes (Δ) on BMI and CRF over a 2-year period. Data were collected in a sample of 135 (64 girls) rural children ages 7 yr-old from elementary schools in Fundao, Portugal. Obesity status was obtained by the age-sex specific BMI cut points and CRF by a 9 min run test. TV viewing was also analyzed and children were assigned as one of two groups: the low TV watching (LTV), and high TV watching (HTV), users based upon them reported to spend less or more than 2 h/day watching TV, respectively. Logistic regression showed that those who were assigned to HTV group were 2.4 times (OR = 2.48; p = .04) more likely to be classified as unfit at time 1. Further the data showed that the LTV were more likely (OR = 0.36; p = .02) to be classified in high ΔCRF change over time. The findings of this study suggest that there was a significant inverse association between times spent watching TV and CRF but not BMI over a 2-yr period. 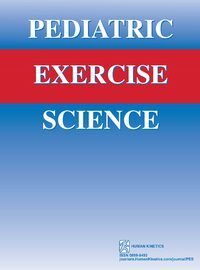