This paper analyzes how professional wrestling expanded stereotyped race, national, and class images toward the Spanish public in the first two decades of the twentieth century. The professional wrestling circuit of music halls, theaters, and circuses helped connect a myriad of grappling practices spanning different national traditions. Nonetheless, it also helped convey different racial, ethnic, and national images within a frame of social class divide at a time of rampant imperialism and colonial domination. In this context, Spain experimented with a short-lived wrestling mania, with several international wrestling tournaments and jujutsu exhibitions before World War I. In these tournaments, both fighters and patrons exploited racial stereotypes as a way to better sell the activity to the paying audience, connecting with, but also reinforcing, the perceptions that populated the collective imagination about different people, due to ethnicity or nationality linked also to social class. 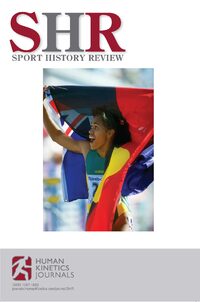