This study examined the current textbooks in sport management using the quantitative content analytic research method. Sport management books selected for examination were limited to those written in English published from 1990 through to November 2006 inclusive. Of the 129 books representing 14 categories analyzed, the greatest number of books was in the categories of management (n = 36) and marketing (n = 27). These categories were followed by law (n = 13), finance (n = 9), and event management (n = 8). The majority of the books (88%) were authored. Among the authors and editors, 79% were male. The majority of books (85%) did not indicate a target audience. The average year of publication of all books was 2001, with almost three-quarters (73%) being published from the year 2000 onwards. The number of publishers was 40, of which the vast majority was in the United States. 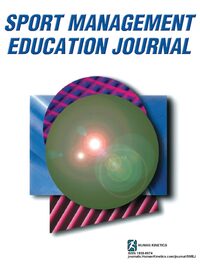