Previous research suggests that sport media provide one avenue for boys and girls to learn what and who is valued in sport. We explored girl and boy athletes’ perceptions of photographs of female college athletes, which provided insight into young athletes gendered perceptions of athletes and sport. Sixty-nine sportskids participated in focus group interviews where they discussed what they liked and disliked about a series of photographs of college female athletes. Framed by feminist cultural studies, the authors situated their analysis within the current historical moment bounded by young athletes’ post-Title IX and postfeminist sensibilities. The authors present their appraisals of a few exemplar images that characterize themes that appeared across the whole photo collection. Emergent themes included gendered sport terrain, which situates their comments within the gendered milieu of their sport experiences. Data also revealed themes associated with the select images: female athleticism, inspiration versus objectification, transgressing heteronormative femininity, and sporty cute. Overall, both girls and boys struggled with images that were interpreted as too feminine or too muscular/masculine. These data also point to how little has changed in the past 50 years regarding how female athletes are culturally constructed. While the borders of acceptability may have shifted, female athletes continue tenuous navigation of socially acceptable boundaries of athleticism, femininity, and muscularity while masculine privilege in sport continues and the presence of females in sport is framed by a heterosexual male gaze. 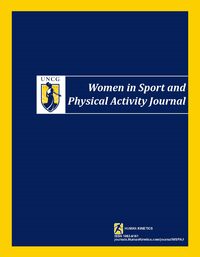