The Impact of the Coronavirus Pandemic on a Major Event Legacy: The 2020 National Collegiate Athletic Association Men’s Basketball Final Four

Following the cancellation of the 2020 National Collegiate Athletic Association Men’s Basketball Final Four, the Atlanta Basketball Host Committee faced the unique challenge of executing a “postevent” wind-down amid a global health emergency and citywide stay-at-home mandate. While a significant portion of the host committee’s tasks were completed in the days and weeks after the cancellation, one key component that lingered was event legacy. In this study, the authors examined how a local organizing committee’s legacy planning was disrupted as a result of the coronavirus pandemic. Based on interviews with National Collegiate Athletic Association and host committee officials, direct and participant-based observation, and an analysis of local and social media reporting, the authors described the Atlanta Basketball Host Committee’s pre- and postpandemic legacy plans. This study underscores the potential enduring nature of legacy plans, even during unprecedented crises that threaten the headlining event. 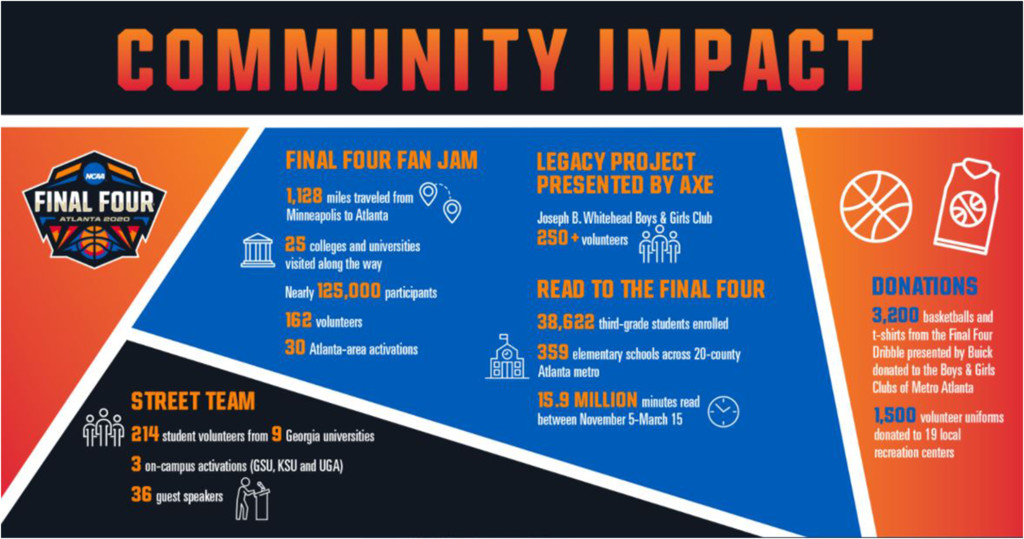 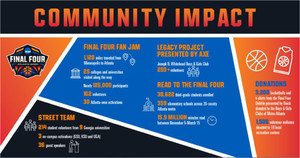