Behind the Scenes: COVID-19 Consequences on Broadcast Sports Production

Live events are central to television production. Live sporting events, in particular, reliably draw big audiences, even though more consumers unsubscribe from cable to stream content on-demand. Traditionally, the mediated production of these sporting events have used technical and production crews working together on-site at the event. But technological advances have created a new production model, allowing the production crew to cover the event from a broadcast production hub, miles away, while the technical crew still works from the event itself. These remote integration model productions have been implemented around the world and across all forms of sports broadcasting, following a push for economic efficiency—fundamental in a capitalist system. This manuscript is a commentary on the effects of the COVID-19 global crisis on sports productions, with a focus on remote integration model productions. More specifically, the authors argue that the number of remote sports productions will grow exponentially faster, due to the pandemic, than they would have under normal economic circumstances. The consequences on sport media education and research are further discussed, and a call for much needed practice-based sports production research is made. 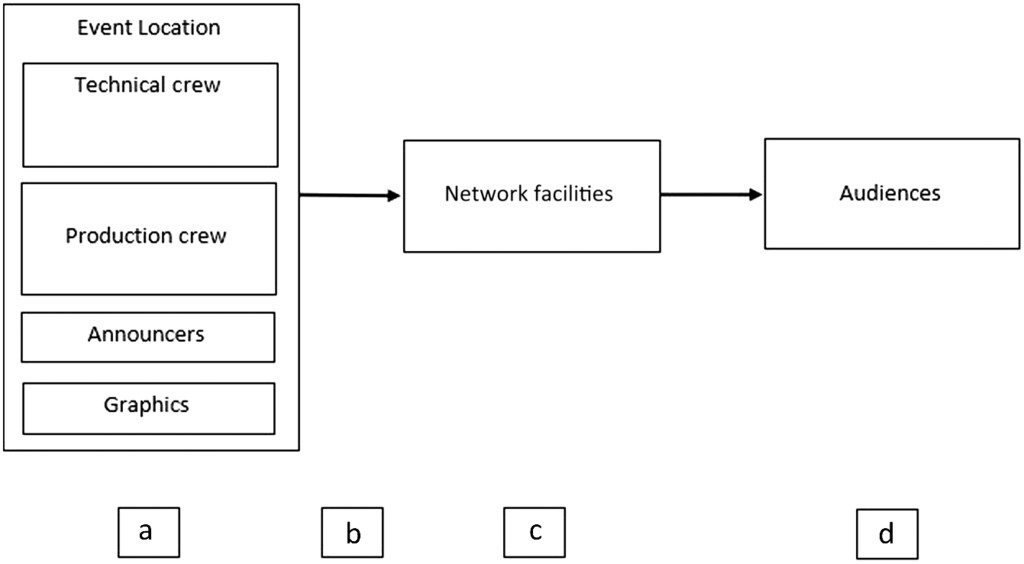 —Signal flow in the traditional mobile sports production workflow. With technical and production crews on-site together, the content is captured and packaged (a), then sent to the network facilities via satellite (b). The networks insert final graphics (c) and pass the signal on for mass distribution (d). 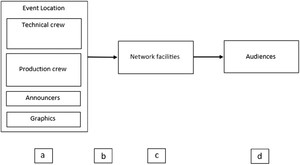