Fluid Needs for Training, Competition, and Recovery in Track-and-Field Athletes

The 2019 International Amateur Athletics Federation Track-and-Field World Championships will take place in Qatar in the Middle East. The 2020 Summer Olympics will take place in Tokyo, Japan. It is quite likely that these events may set the record for hottest competitions in the recorded history of both the Track-and-Field World Championships and Olympic Games. Given the extreme heat in which track-and-field athletes will need to train and compete for these games, the importance of hydration is amplified more than in previous years. The diverse nature of track-and-field events, training programs, and individuality of athletes taking part inevitably means that fluid needs will be highly variable. Track-and-field events can be classified as low, moderate, or high risk for dehydration based on typical training and competition scenarios, fluid availability, and anticipated sweat losses. This paper reviews the risks of dehydration and potential consequences to performance in track-and-field events. The authors also discuss strategies for mitigating the risk of dehydration.

—The Venn diagram for athlete self-assessment of day-to-day hydration status (Cheuvront & Sawka, 2005). If two or more of the signs (W = reduced body weight, U = dark urine color, and T = feeling thirsty) are present, then correction of fluid balance is required. 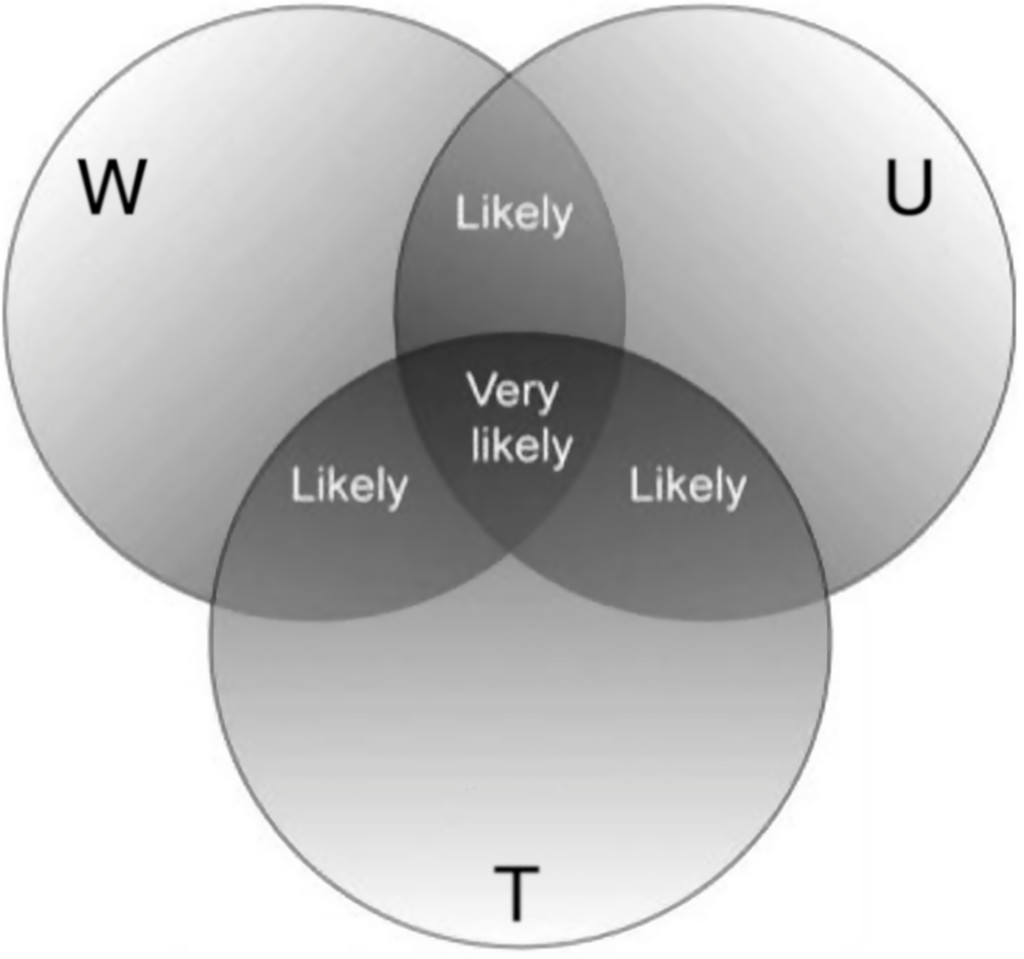