The licensing of soccer coaches to coach at the teenage and adult levels have been in existence since the early 1970’s through the United States Soccer Federation (USSF) Coaching Schools. However, it has only been since 1995 that US Youth Soccer, an affiliate of the USSF created a child-centered curriculum to address the needs of children 12 and younger and the individuals who coach them, namely the parent-coach. To date over 5000 coaches have attended this five-day course. However, no such analysis has occurred to determine the impact and influence of this program on coaching efficacy. Coaching efficacy as defined by Feltz, Chase, Moritz, & Sullivan, (1999) “is the extent which coaches believe that they have the capacity to affect the learning and performance of their athletes.” The Coaching Efficacy Scale (CES) developed by Feltz, et al was used as the primary date survey instrument. 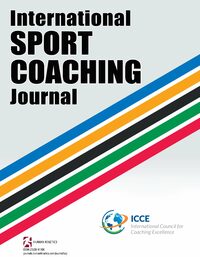