A review and synthesis of the literature on the learning and development of motor skills supports the postulation that whether a motor skill can be deemed fundamental is dependent on the collective presence of three conditions: (i) uniqueness to the movement pattern and/or outcome; (ii) near universality of the functional outcome in the healthy population; (iii) capacity to act as an antecedent influence supporting generalization to a large and broad set of perceptual-motor skills. Within this framework, it is proposed that the infant motor development sequence underpinning upright posture (e.g., sitting, bipedal standing), locomotion (e.g., walking, running), and object-interaction (e.g., grasping) represents the minimum set of fundamental motor skills from which all other skills evolve with over the lifespan. This position is in contrast to the views of many students of motor development and learning who describe numerous skills that typically emerge in the ∼2- to 18-year-old range as fundamental but do not meet the criteria outlined here to be fundamental. It is proposed that these be labeled as core developmental activities having a more restricted but still practically relevant influence on the acquisition of and generalization to other motor skills. 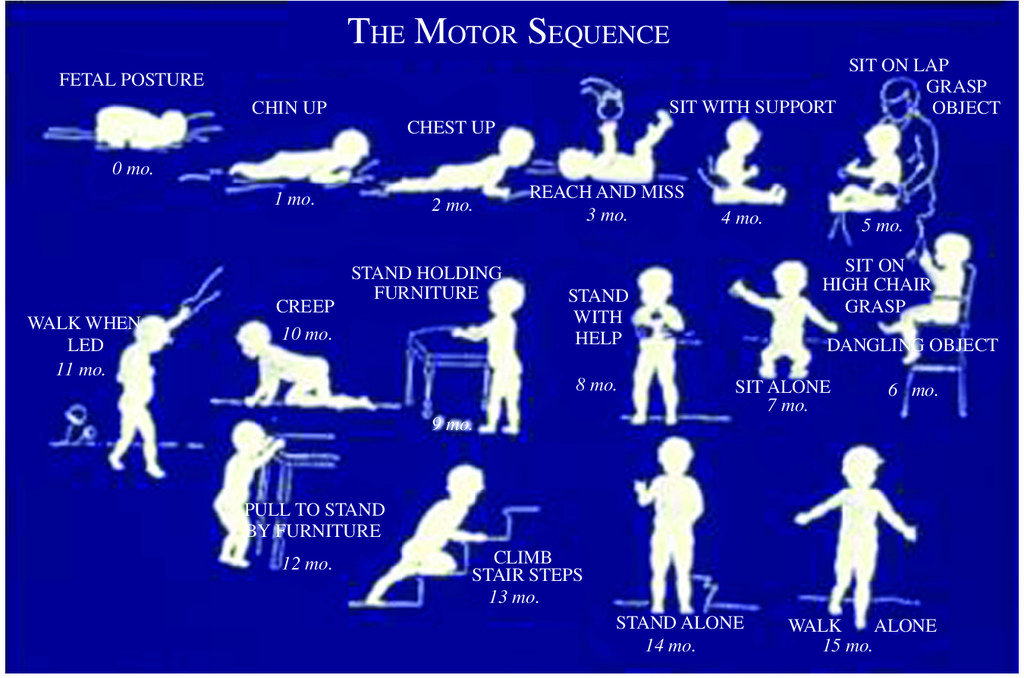 —Multiple time scales of development. This figure depicts an elaborated form of Waddington’s landscape. Adapted by Thelen and Smith (1994) from Muchisky et al. (1996). 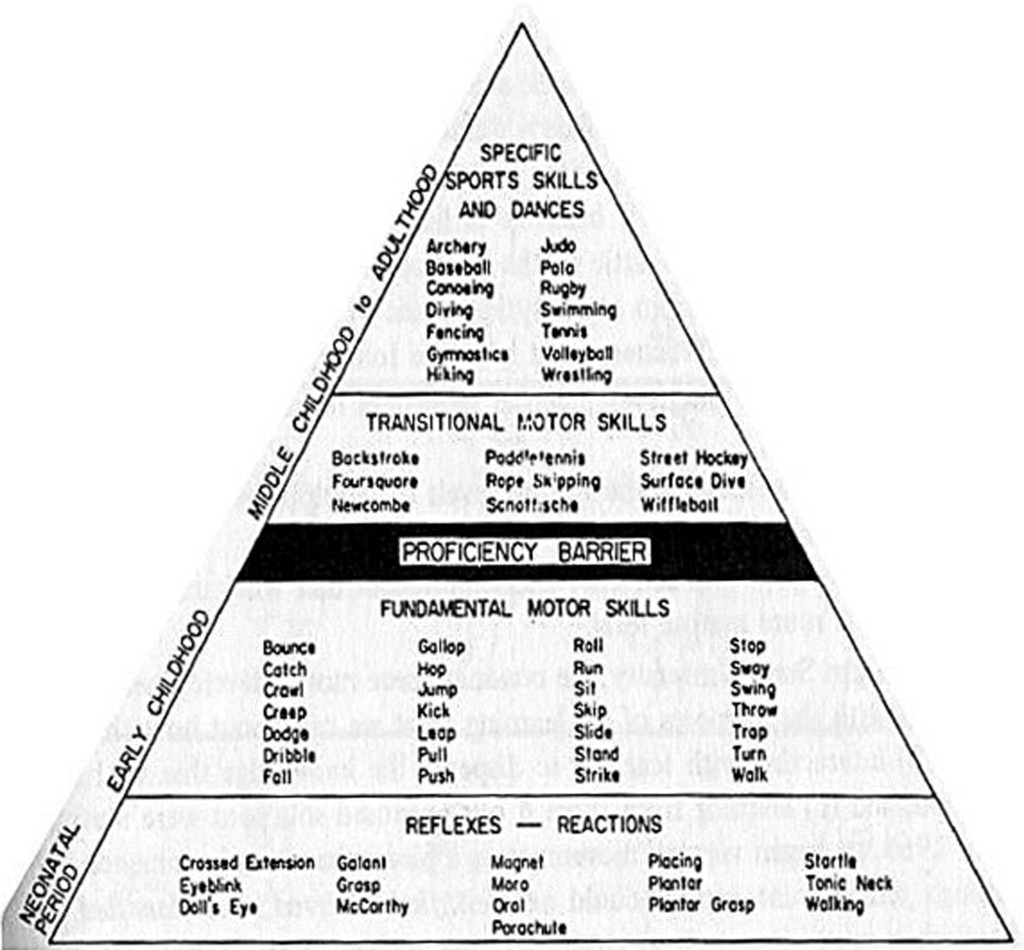 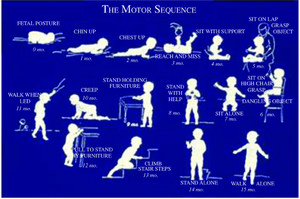 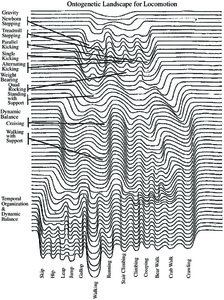 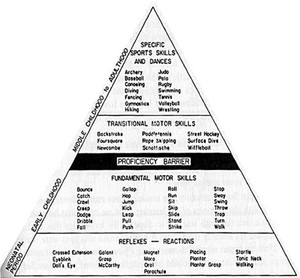