Recent data shows that only a small proportion of Estonian children and youth accumulate the recommended amount of daily moderate-to-vigorous intensity physical activity (PA) (MVPA; ≥60 minutes).1–3 The purpose of this paper is to summarize the results of the 2018 PA Report Card. Grades were based on the best available evidence. Data from different academic and non-academic sources from last eight years (2010-2018) were analyzed to assign the grades for each of the Report Card indicators.

The Estonian 2018 Report Card is the second annual assessment of PA for Estonian children and youth. All available data was gathered and evaluated by the research work group, which consisted of 8 PA experts from the University of Tartu. 7 national leading researchers and policy experts were also involved in the grade assignment meeting. Some members had access to important PA datasets and were able to run custom analyses that gave us the opportunity for assessment (e.g., Active Play and Active Transportation).

The results of Report Card are summarized in Table 1 and the 2018 Estonian Report Card front cover is displayed in Figure 1. The results showed that the overall PA of Estonian children and youth has slightly increased compared to 2016 Report Card,4 but there is still a need to promote the PA of children and youth. Improvements were present in indicators like School infrastructure, policies, and programs as well as in Government strategies, policies and investments. Active play and sedentary behaviour indicators were graded F, thus more research is needed surrounding the low levels of active play and the high levels of, objectively measured context-specific, sedentary behaviour to provide interventions for reducing sedentary time through unstructured/unorganized active play. There was a decline in the grade of Family and Peers grade (from C to D), which is primarily due to the insufficient information concerning the activities children perform with their family. Also, parental support for children PA is weak or not well documented.

The results of the present Report Card showed that there is some improvement in PA, but the proportion of Estonian children and youth who achieve the recommended levels of daily PA is still low. There is need to emphasize the influence of parents on the PA of children and youth. In addition, stronger cooperation between governmental and nongovernmental organizations is needed to develop greater intervention strategies and programs at different levels. 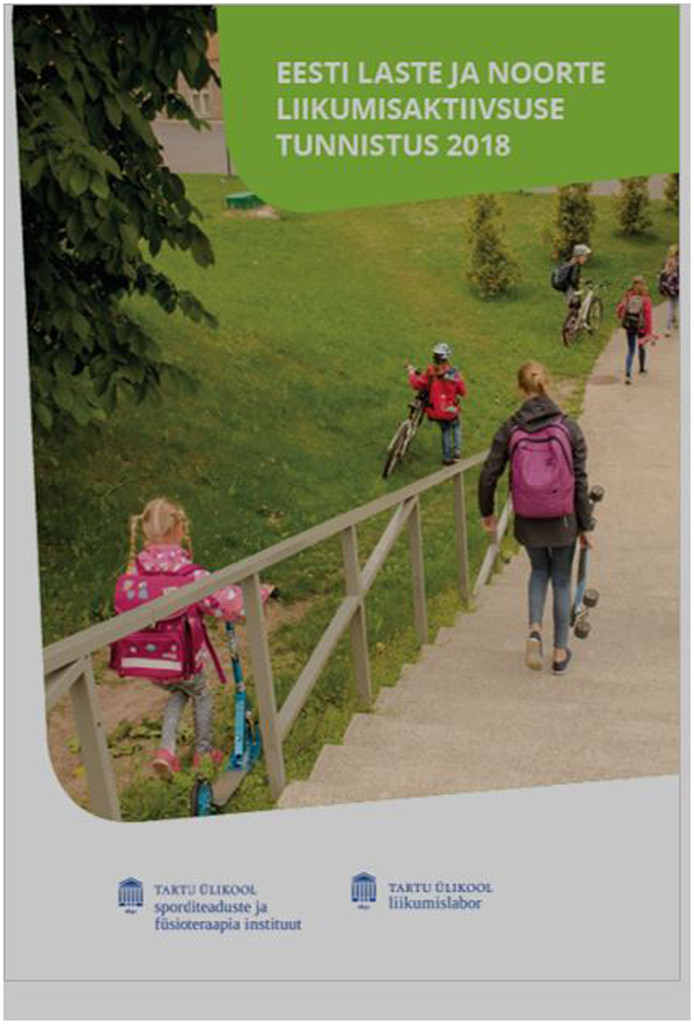