Can IGF-1 Serum Levels Really be Changed by Acute Physical Exercise? A Systematic Review and Meta-Analysis

Background: Physical exercise plays an important role in metabolic health, especially in the insulin-like growth factor-1 (IGF-1) system. The objective of this study was to perform a systematic review and meta-analysis to evaluate the effects of a single endurance and resistance exercise session on IGF-1 serum. Methods: The systematic review was performed in SPORTDiscus, MEDLINE, PubMed, and Google Scholar databases. All analyses are based on random-effect models. The study identified 249 records of which 21 were included. Results: There was an effect of endurance exercise on total IGF-1 (P = .01), but not for free IGF-1 (P = .36). Resistance exercise similarly only affected total IGF-1 (P = .003) and not free IGF-1 (P = .37). The effect size indicated that total IGF-1 is more affected (ES = 0.81) by endurance than by resistance exercise (ES = 0.46). The present study showed that IGF-1 serum concentrations are altered by exercise type, but in conditions which are not well-defined. Conclusions: The systematic review and meta-analysis suggest that there is no determinant in serum IGF-1 changes for the exercise load characteristic. Therefore, physical exercise may be an alternative treatment to control changes in IGF-1 metabolism and blood concentration. 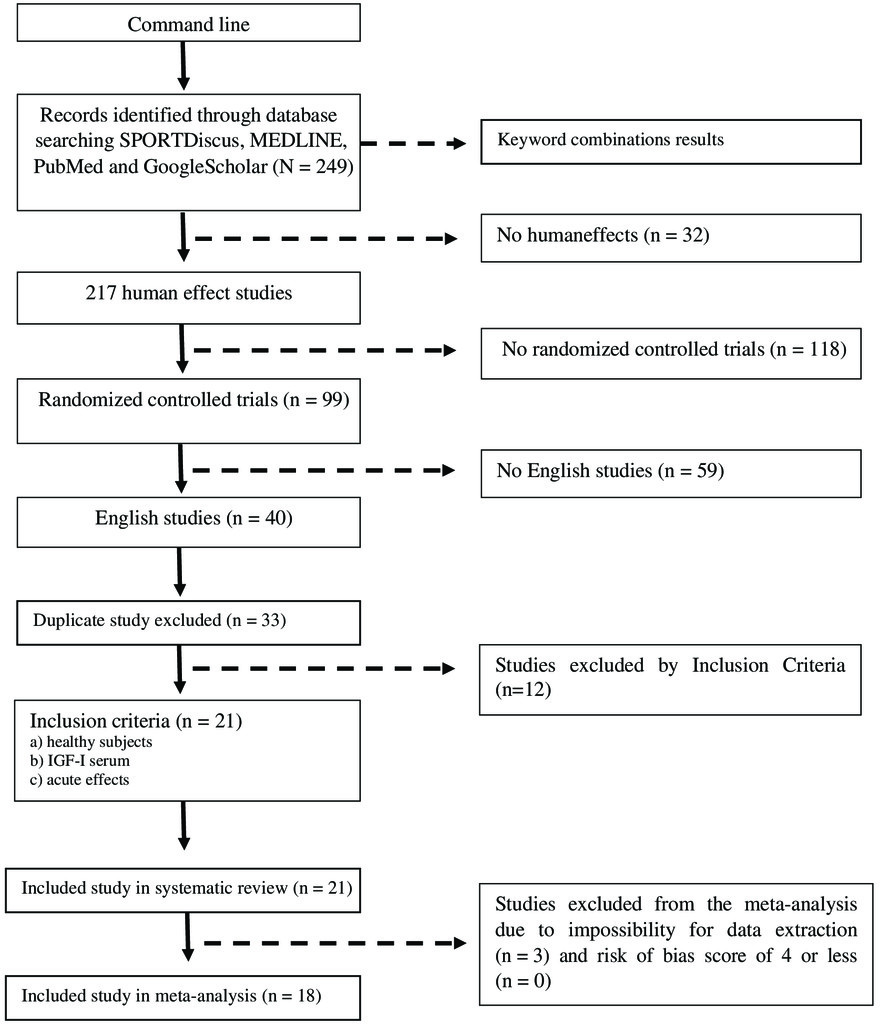 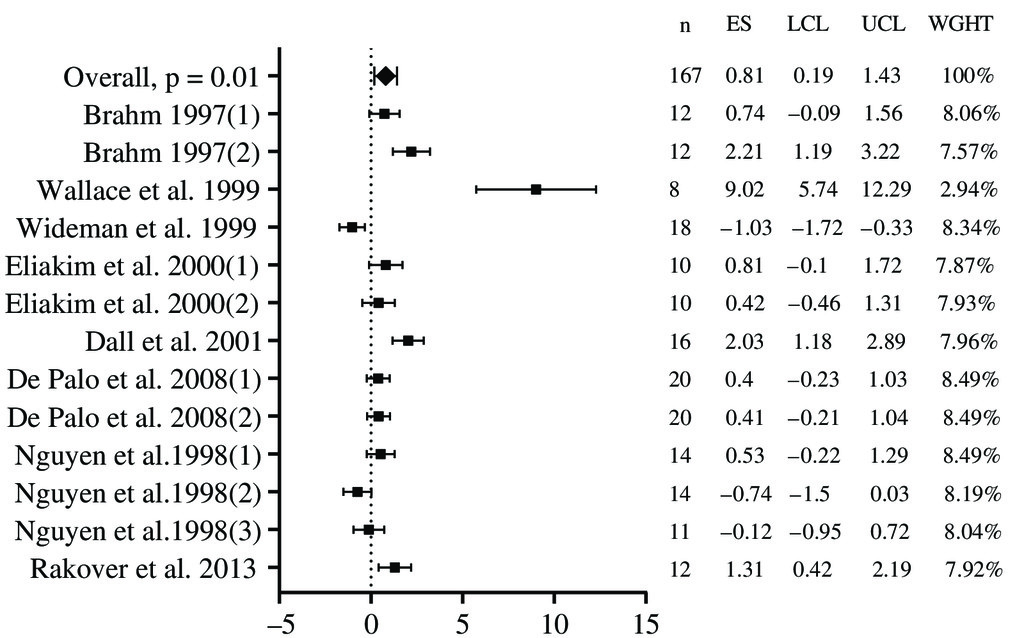 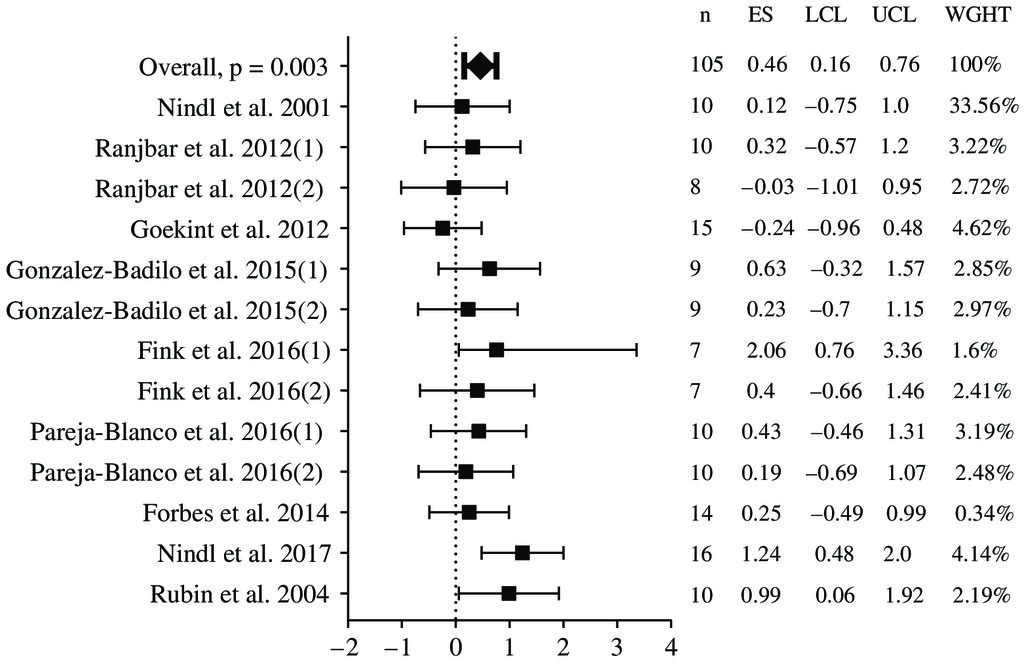 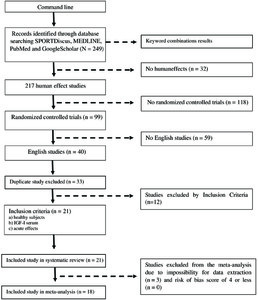 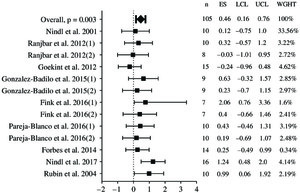