Objectives: To examine if exercise referral schemes (ERSs) are associated with meaningful changes in physical activity in a large cohort of individuals throughout England, Scotland, and Wales from The National Referral Database. Methods: Data were obtained from 5246 participants from 12 different ERSs, lasting 6–12 weeks. The preexercise referral scheme and changes from the preexercise to the postexercise referral scheme in self-reported International Physical Activity Questionnaire scores were examined. A 2-stage individual patient data meta-analysis was used to generate the effect estimates. Results: For the pre-ERS metabolic equivalent (MET) minutes per week, the estimate (95% confidence interval [CI]) was 676 MET minutes per week (539 to 812). For the change in MET minutes per week, the estimate (95% CI) was an increase of 540 MET minutes per week (396 to 684). Changes in the total PA levels occurred as a result of increases in vigorous activity of 17 minutes (95% CI, 9 to 24), increases in moderate activity of 29 minutes (95% CI, 22 to 36), and reductions in sitting of −61 minutes (95% CI, −78 to −43), though little change in walking (−5 min; 95% CI, −14 to 5) was found. Conclusions: Most participants undergoing ERSs are already “moderately active.” Changes in PA behavior associated with participation are through increased moderate to vigorous PA and reduced sitting. However, this was insufficient to change the International Physical Activity Questionnaire category, and the participants were still “moderately active.” 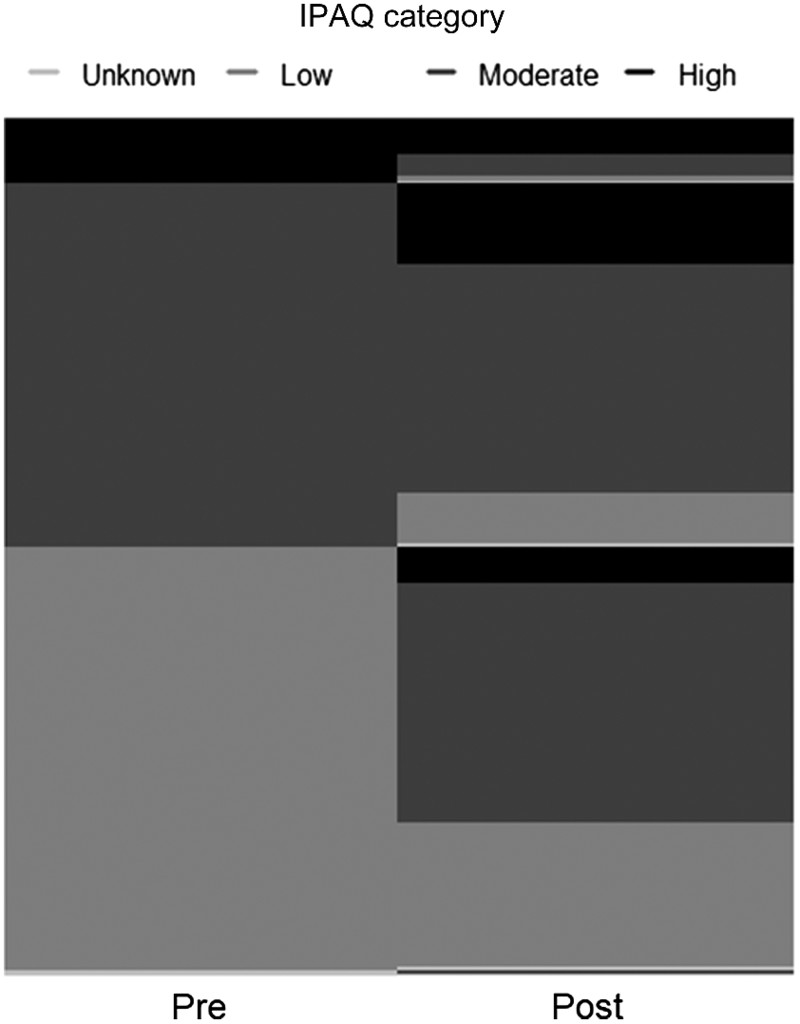 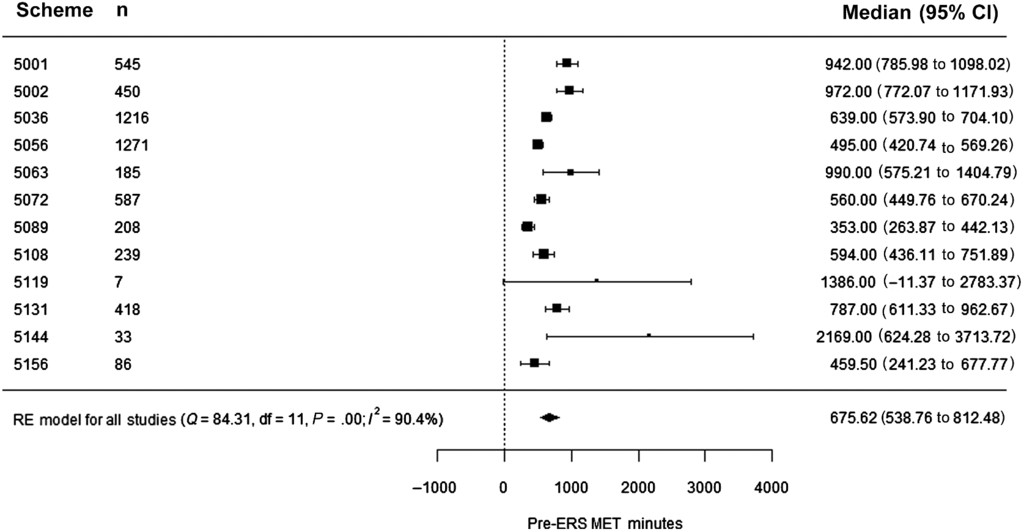 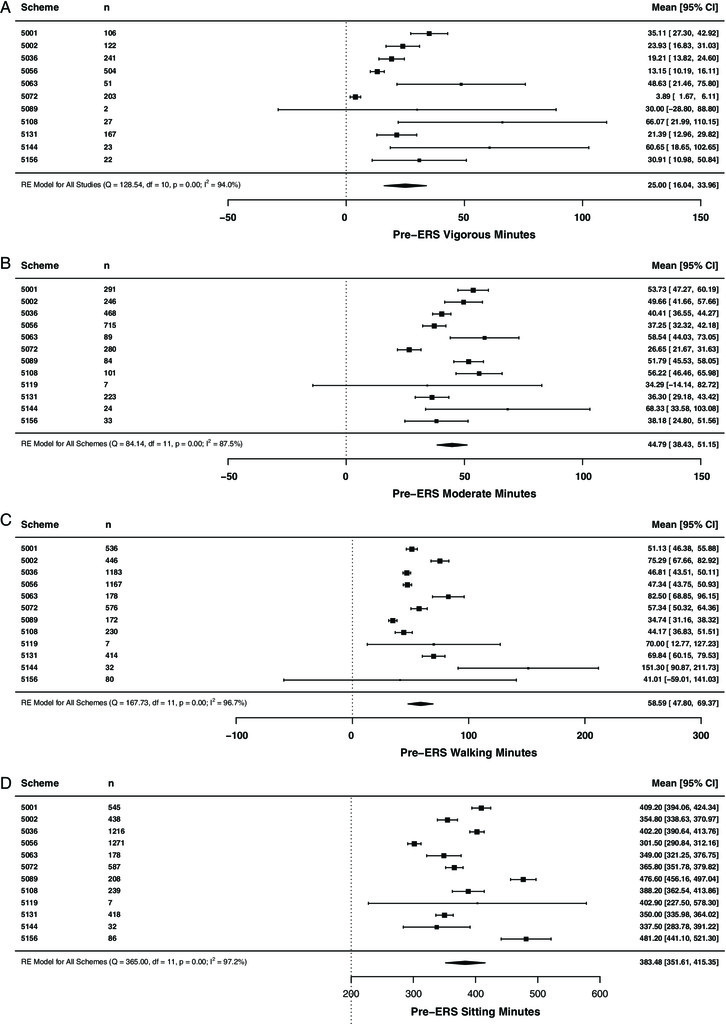 —Forest plot of pre-ERS (A) vigorous, (B) moderate, (C) walking, and (D) sitting minutes across schemes. RE indicates random effects. 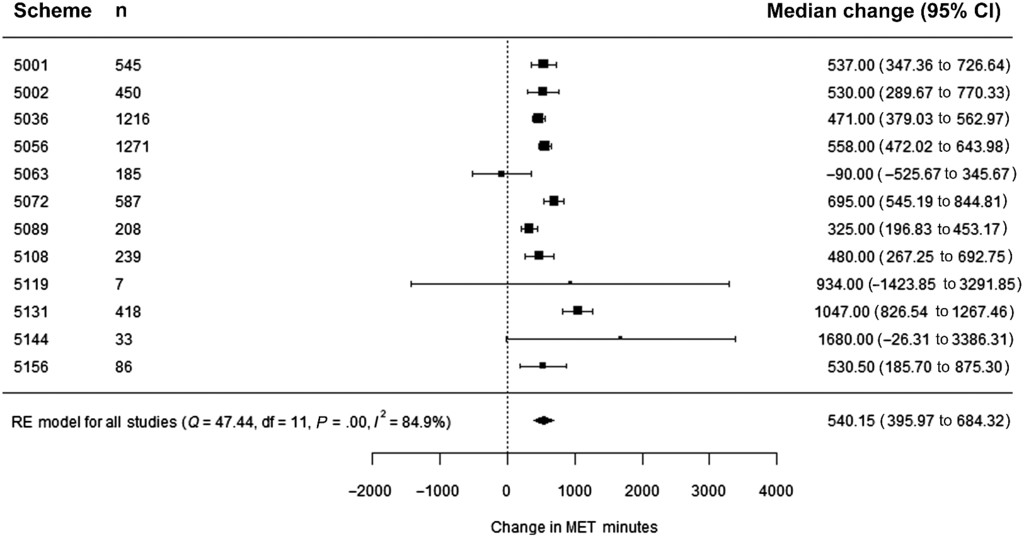 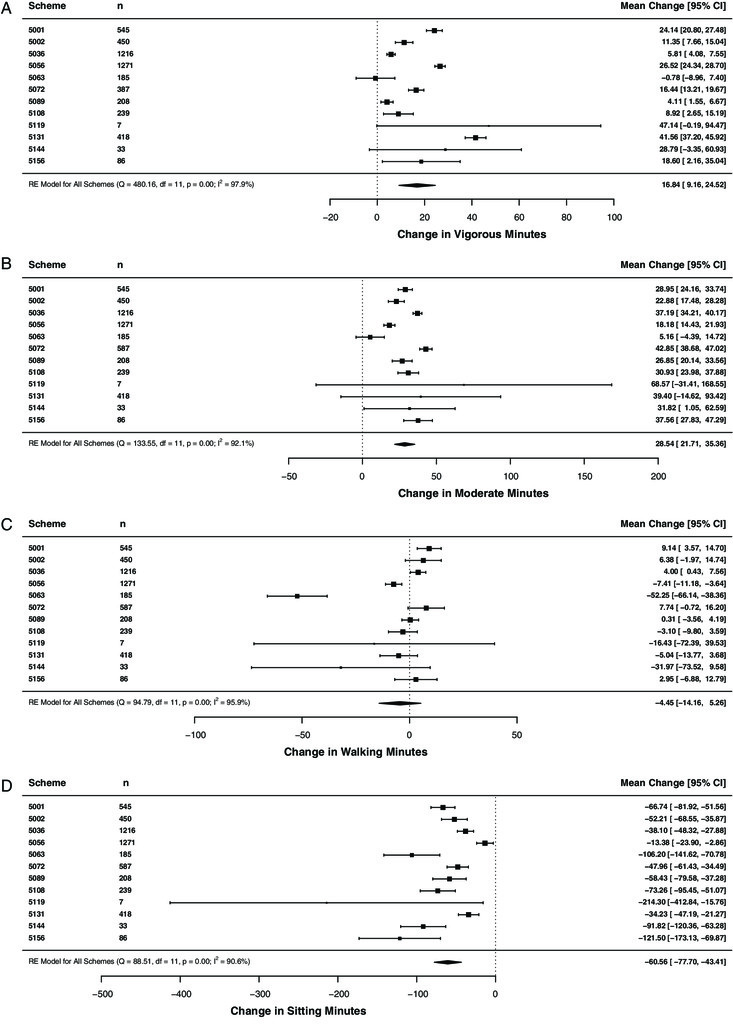 —Forest plot of change in (A) vigorous, (B) moderate, (C) walking, and (D) sitting minutes across schemes. RE indicates random effects. 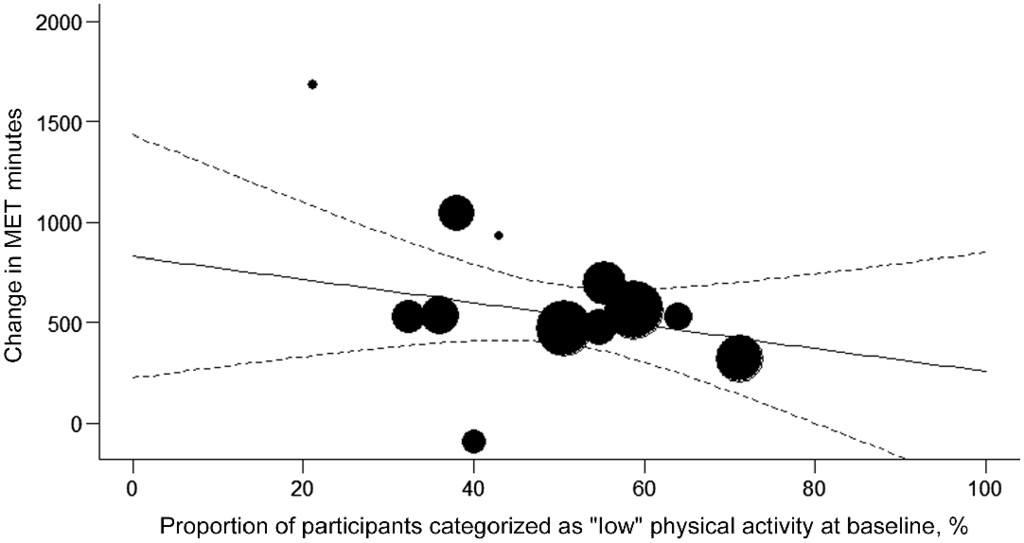 —Meta-analytic scatterplots for change in (A) vigorous, (B) moderate, (C) walking, and (D) sitting minutes and proportion of participants categorized as “low” physical activity. 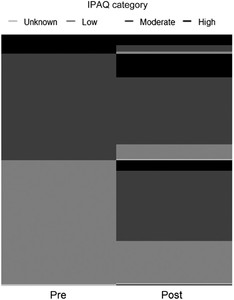 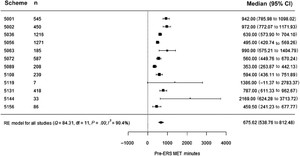 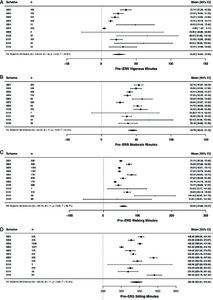 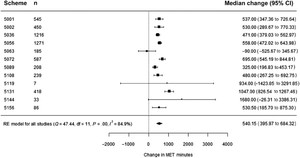 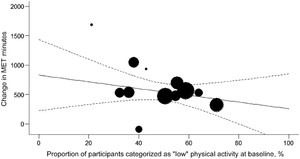