Exploring Self-Compassion and Versions of Masculinity in Men Athletes

Despite a growing emphasis on self-compassion in sport, little research has focused exclusively on men athletes. The purpose of this research was to explore the interaction of self-compassion and diverse versions of masculinity on the psychosocial well-being of men athletes. The authors sampled 172 men athletes (Mage = 22.8 yr) from a variety of sports, using descriptive methodology with self-report questionnaires. Self-compassion was related to most variables (e.g., psychological well-being, fear of negative evaluation, state self-criticism, internalized shame, reactions to a hypothetical sport-specific scenario) in hypothesized directions and predicted unique variance beyond self-esteem across most of those variables, as well as moderated relationships between masculinity and both autonomy and attitudes toward gay men. In addition, self-compassion was differentially related to inclusive and hegemonic masculinity. Our findings support self-compassion as a promising resource for men athletes to buffer emotionally difficult sport experiences.

Journal of Sport and Exercise Psychology 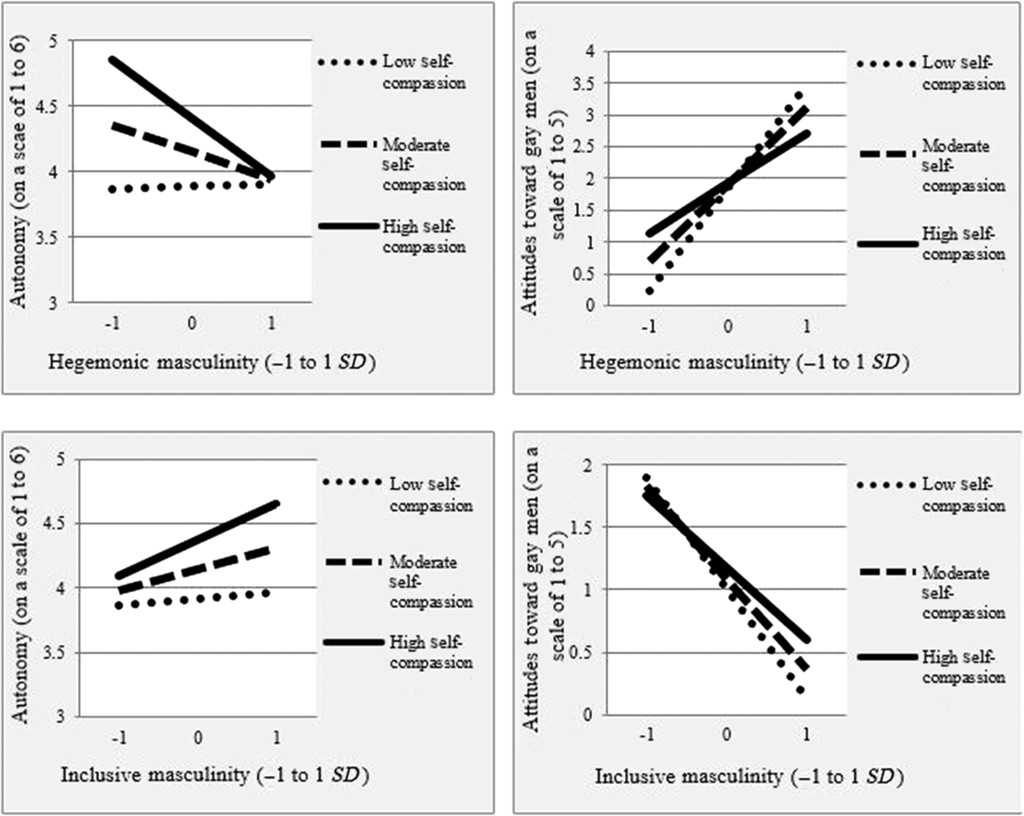 —Visual representation of all significant moderation analyses, where self-compassion is the moderating variable. 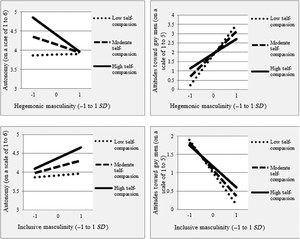