The Comparative Effects of Ankle Bracing on Functional Performance

Ankle sprains represent a common musculoskeletal injury that clinicians are tasked with preventing and treating. Because of the prevalence of this injury, ankle braces have been designed to prophylactically protect the joint and reduce the incidence of repetitive sprains. Although an abundance of literature exists focusing on the efficacy of braces in preventing ankle sprains in young, healthy, and physically active populations, there is a scarcity of evidence specific to the impact of these apparatuses on functional performance; therefore, the purpose of this critically appraised topic (CAT) is to investigate the effects of ankle braces on functional performance measures in such individuals. The outcomes of this CAT will assist sport rehabilitation specialists with informed clinical decision making in managing young, healthy, and physically active populations using ankle braces. Do ankle braces hinder functional performance measures when compared with an unbraced condition in a young, healthy, and physically active population? A minimum of level II evidence research studies were surveyed for this CAT. For this CAT, 1 randomized controlled trial and 3 prospective cohort studies were selected. One study found a statistically significant main effect of increased agility run times while participants wore ankle braces. Another study demonstrated a statistically significant decrease in vertical jump height and ankle range of motion while wearing braces. No other statistically significant findings were reported among studies comparing unbraced with braced conditions. Current data indicate that young, healthy, and physically active individuals may experience varied performance effects when executing specific functional performance tasks while wearing ankle braces. In general, bracing does not appear to significantly impair performance on most functional tasks; however, decrements were noted to increases in agility run time and decreases in vertical jump height. Subsequent analysis indicated that a brace may result in decreased ankle plantarflexion, dorsiflexion, eversion, and inversion range of motion, which may underpin noted performance deficits. 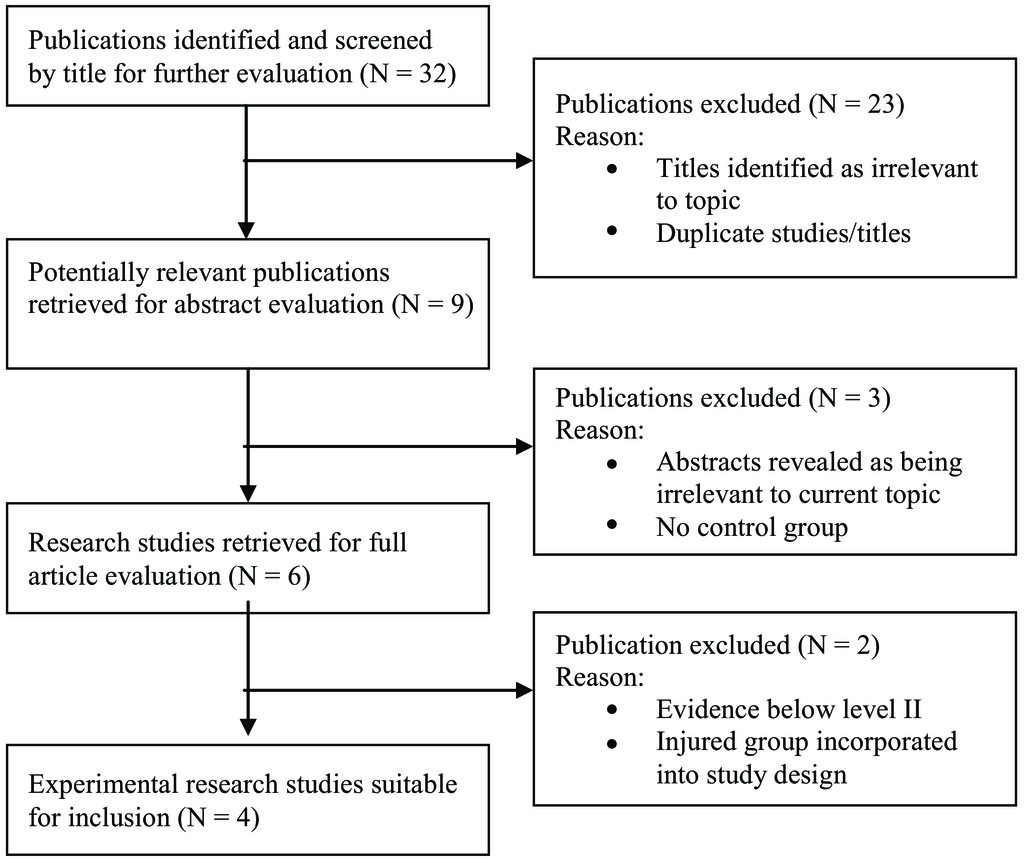 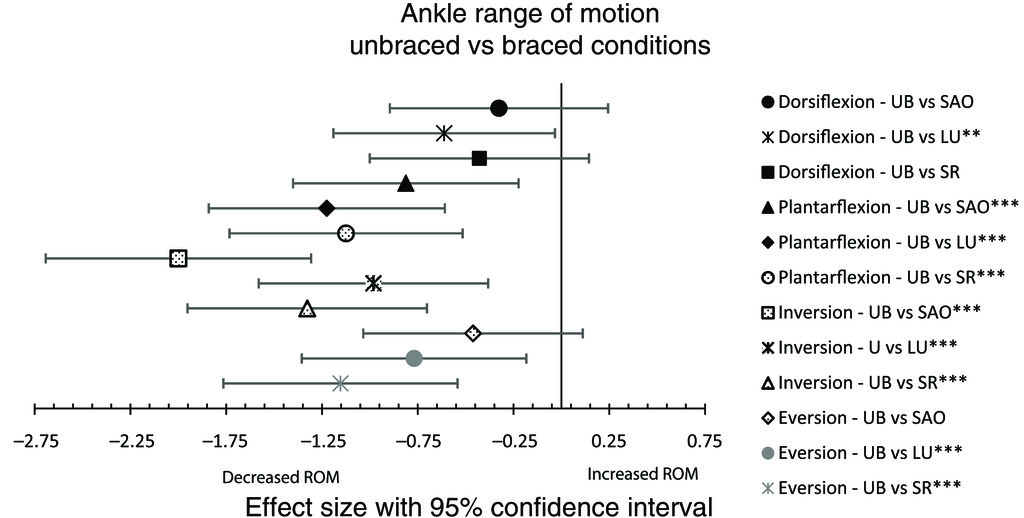 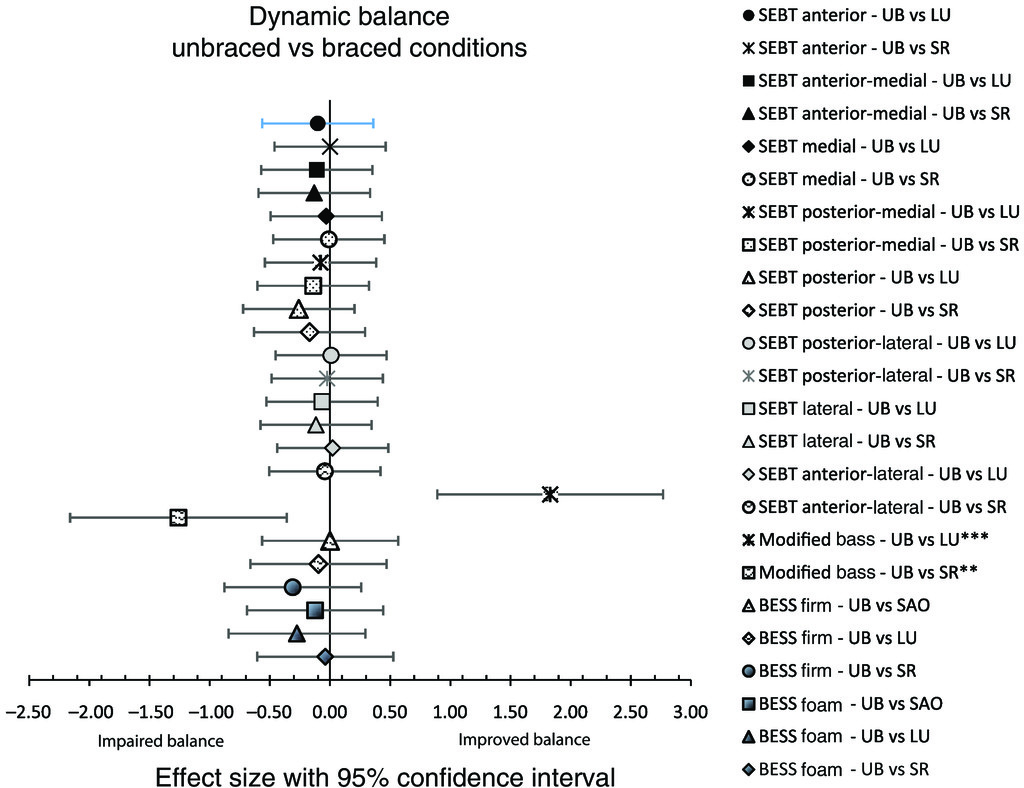 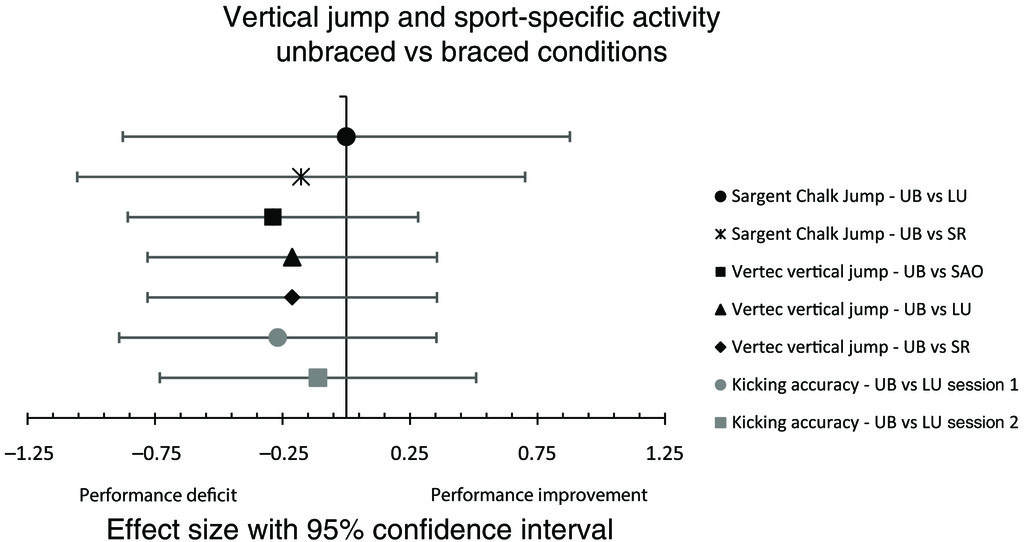 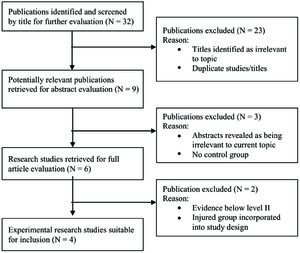 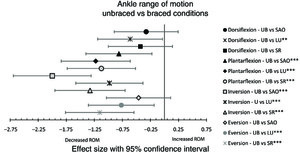 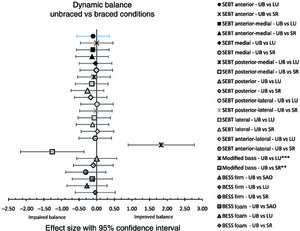 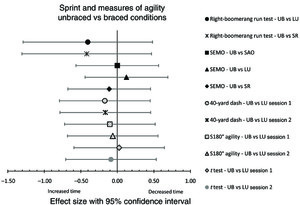 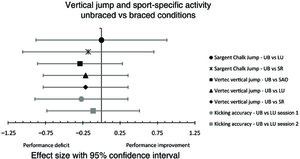