Context: Core stability is considered critical for the successful execution of rehabilitative and athletic tasks. Although no consensus definition exists, different components related to core stability have been identified. An important component is the domain of motor control. There are few clinical tests assessing the motor control component of core stability (MCCS). Objective: To evaluate the interrater reliability and known-groups validity of a novel test of MCCS, the in-line half-kneeling test. The test is aimed at assessing MCCS by challenging the ability to maintain a static position with minimized contributions from the distal extremities over a minimized base of support. Design: Cross-sectional group comparison study. Setting: Laboratory. Patients or Other Participants: A total of 75 participants (25 individuals with a history of anterior cruciate ligament reconstruction, 25 uninjured Division 1 collegiate athletes, and 25 uninjured controls) were recruited from a university community. Intervention: Participants were video recorded while performing the in-line half-kneeling test for 120 seconds bilaterally. Three observers independently viewed each video to determine if individuals broke form during each test using 2 dichotomous criteria. Main Outcome Measures: Cohen’s kappa was used to assess interrater reliability, and chi-square tests of independence were used to compare break rates between groups. Results: Good-to-excellent interrater reliability (.732–.973) was seen between the 3 observers. Chi-square tests of independence revealed different break rates between all 3 groups. Compared to break rate for the reference control group (11/25—44%), those with a history of anterior cruciate ligament reconstruction broke at a higher rate (18/25—72%), whereas the uninjured collegiate athletes broke at a lower rate (4/25—16%). Conclusions: The in-line half-kneeling test is a reliable test between raters that can differentiate between groups expected to differ in MCCS. 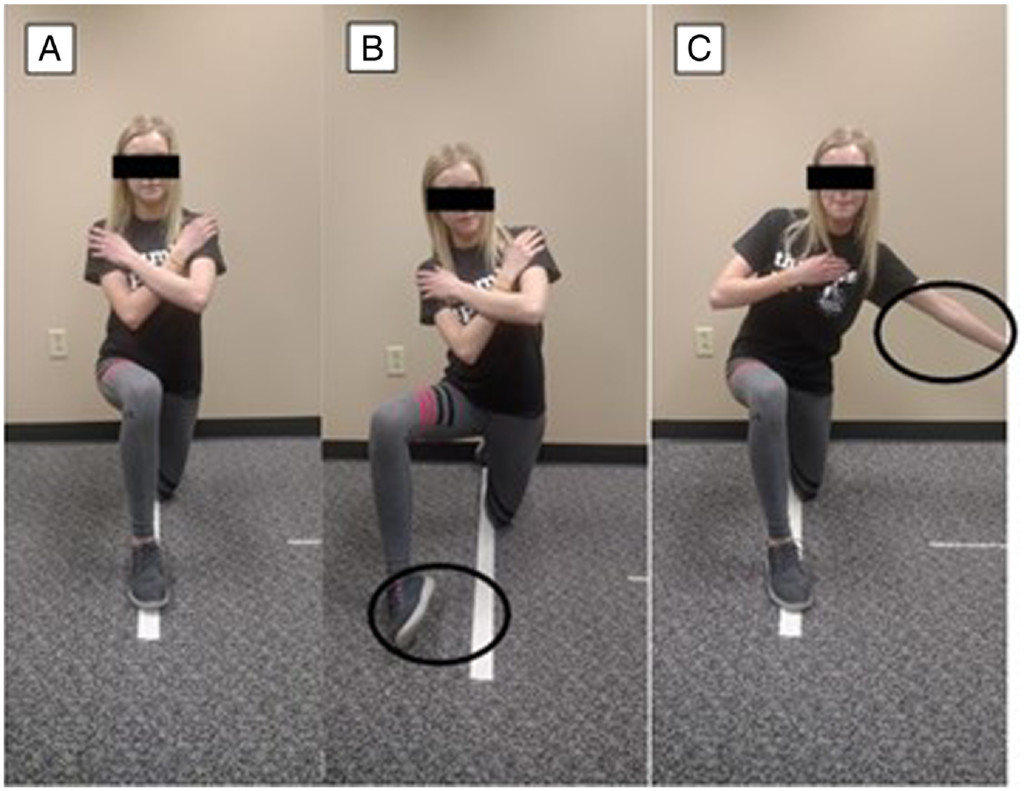 —Performance of the in-line half-kneeling test. (A) Frontal view of correct form. (B) Form break: separation between foot and tape. (C) Form break: one hand removed from torso.