Context: Several studies have shown that the kinematics of the scapula is altered in many disorders that affect the shoulder. Description of scapular motion in the chest continues to be a scientific and clinical challenge. Objective: To check the validity and reliability of a new, minimally invasive method of tracking the internal and external rotation of the scapula using ultrasound imaging combined with the signal provided by a 3-dimensional electromagnetic sensor. Design: A cross-sectional study with a repeated-measures descriptive test–retest design was employed to evaluate this new tracking method. The new method was validated in vitro and the reliability of data over repeated measures between scapula positions was calculated in vivo. Setting: University laboratory. Participants: A total of 30 healthy men and women. Main Outcome Measure: The validation of the scapula rotation tracking using the in vitro model was calculated by Pearson correlation test between a 2-dimensional cross-correlation algorithm of the new method and another software image. The reliability of the tracking of the scapula rotation was measured using the intraclass correlation coefficient. Results: In the validation in vitro, the correlation of rotations obtained by the 2 methods was good (r = .77, P = .01). The reliability in vivo had excellent results (intraclass correlation coefficient = .88; 95% confidence interval, .82–.93) in the test–retest analysis of 8 measures. The intrarater analysis of variance test showed no significant differences between the measures (P = .85, F = 0.46). Conclusion: Ultrasound imaging combined with a motion sensor to track the scapula has been shown to be a reliable and valid method for measuring internal and external rotation during separation of the upper limb.

—References system in scapula and processing of the ultrasonography images. (A) With ImageJ, we marked the angle between the rib and the medial border of the scapula in 2 different positions. (B) We selected the medial border of the scapula in the first position in order to perform the cross-correlation. The algorithm from MATLAB searched the second image for the position the same anatomical structure. The cross-correlation gave the rotation angle of the scapula between the 2 images. 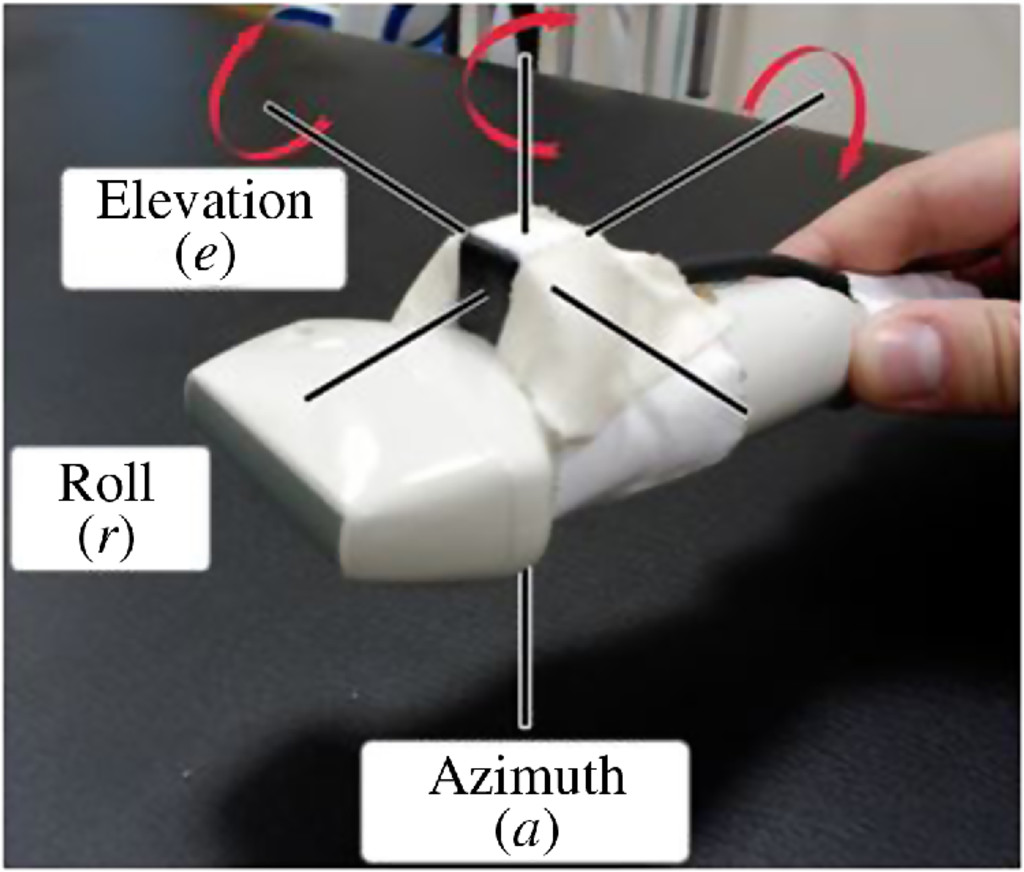 —Representation of the 3 Euler angle displacements in the transductor. 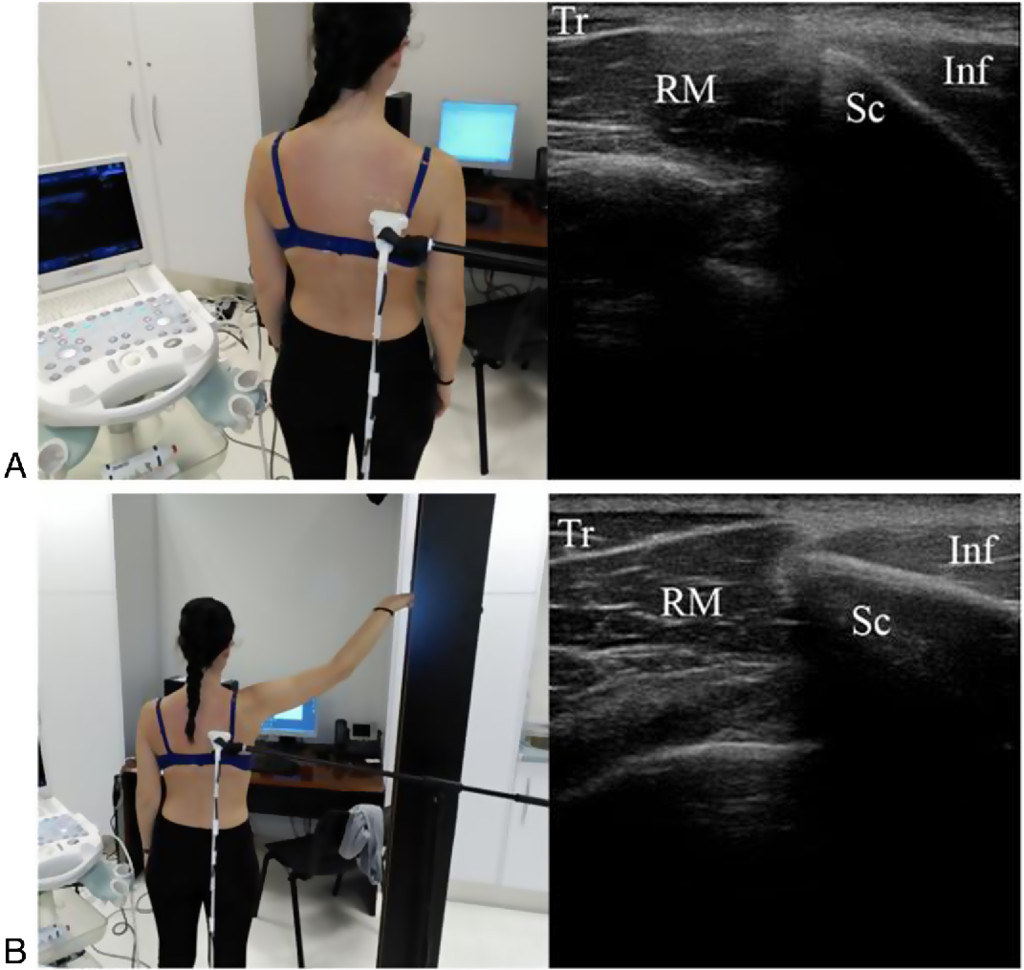 —Acquisition of data of human measurements: (A) standard arm position and (B) 120° shoulder abduction. 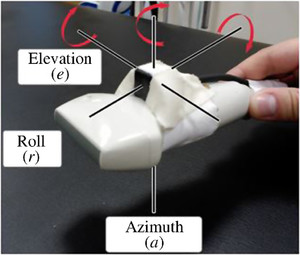 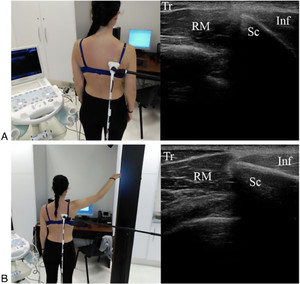