The Relationship Between Neurocognitive Function and Biomechanics: A Critically Appraised Topic

—Flow diagram of systematic search of the literature. 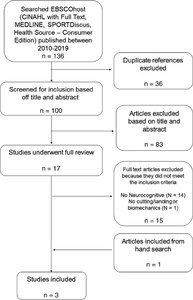